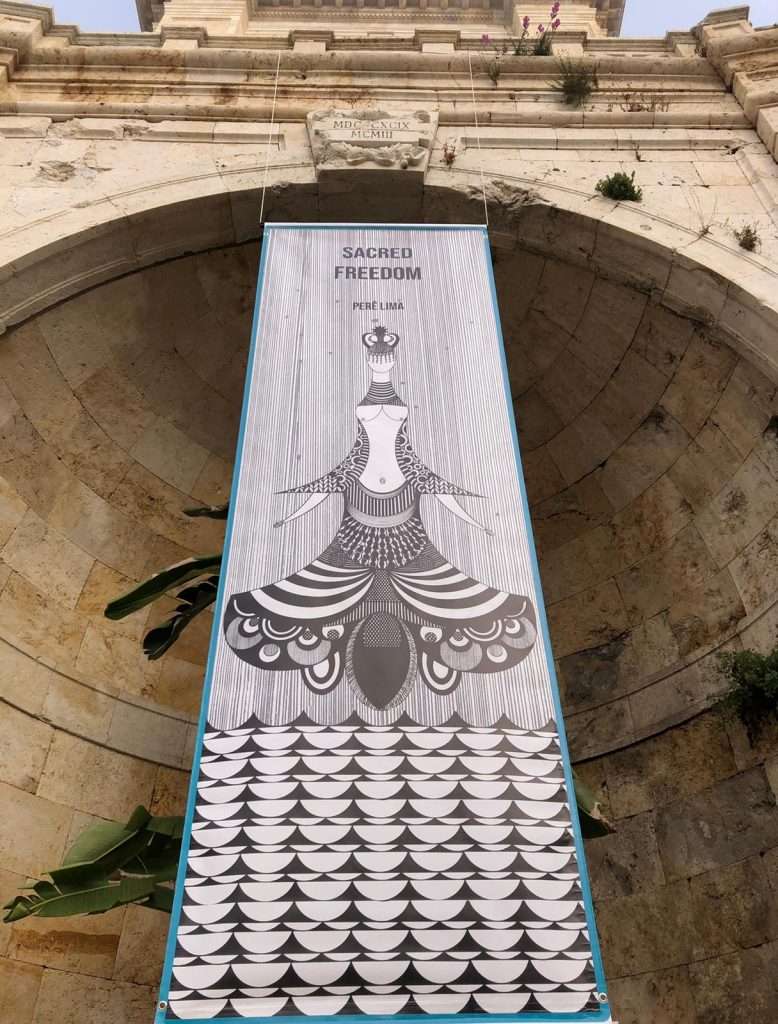 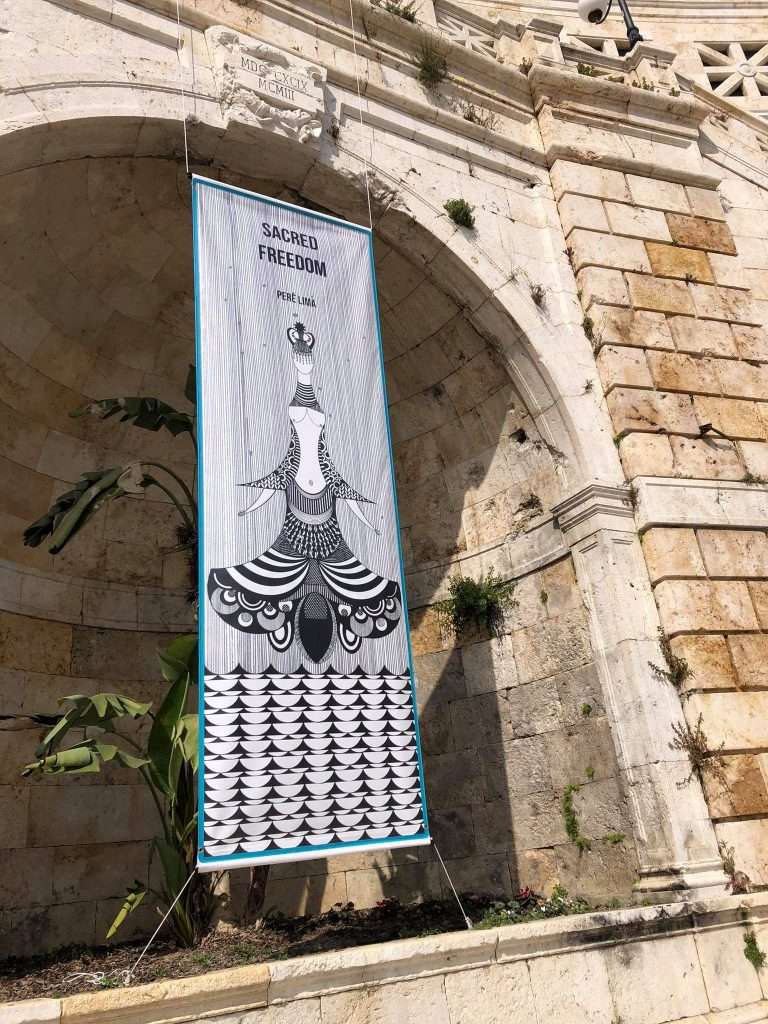 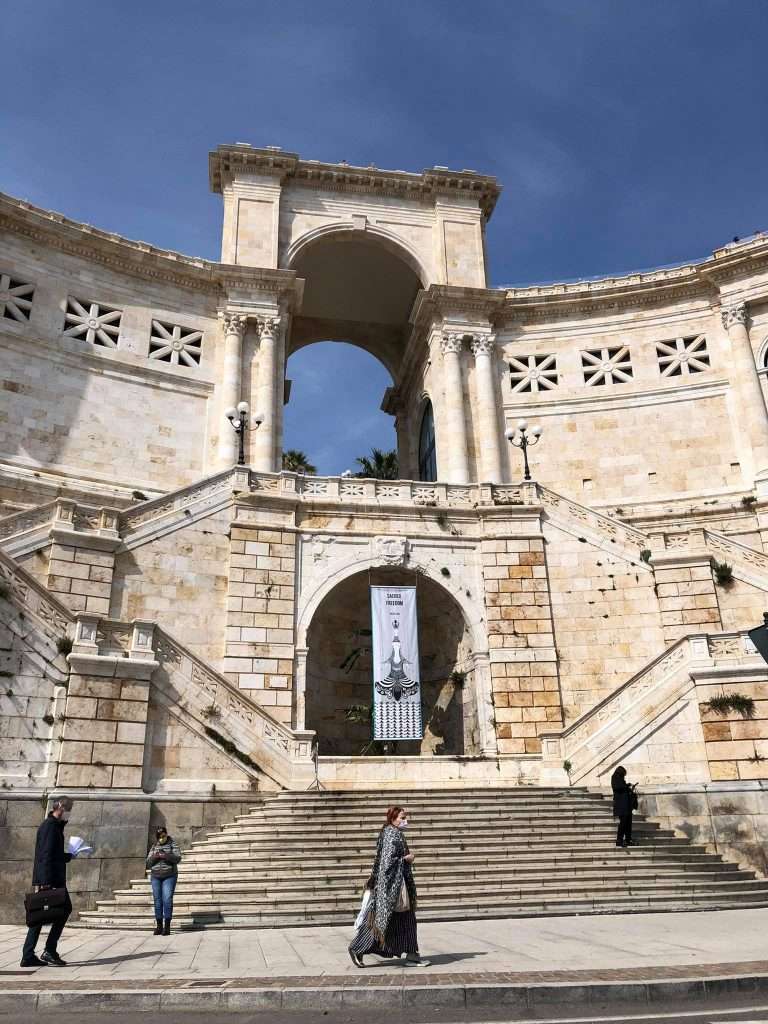 “Sacred freedom” is a project made up of installations and exhibitions, whose first event took place in Cagliari from 6 to 8 March 2021.

Perê Lima’s Queen of the Sea, measuring 5 meters by 1.5 meters, was displayed  on the facade of the Saint Remy Bastion, in the heart of the old historical center, on the occasion os the celebration of International Women’s Day, on March 8th as a tribute to women’s sacredness.
The Brazilian artist made it as a gift to Sardinia as cradle of ancient rituals and cults dedicated to the mother goddess since prehistoric times.
The installation, in fact, depicts his personal version of Yemanjà, the most famous divinity of the pantheon of the Candomblè religion, queen of salty waters, seas, oceans, and a symbol of ‘generating force’, creation, fecundity and hospitality.
Pere Lima’s artistic research on the sacred feminine, starts from Afro-Brazilian legends to be enriched by the study of the cults of the Sardinian mother goddess and becomes a tribute to woman, as a divine creature and as an archetypal expression of spirituality, strength, freedom.
At the same time, “Sacred Freedom” title evokes, through the big print the freedom inherent in making art and in human creative expression, which is, in its nature, ‘sacred’.
Art for Perê Lima is a field of investigation, research, expression, a space of freedom and spirituality.

“My works on spirituality and feminine energy will travel around the Mediterranean, this is the beginning and it could only be here, from the land that welcomed me in this part of the world, Sardinia.” says the artist.